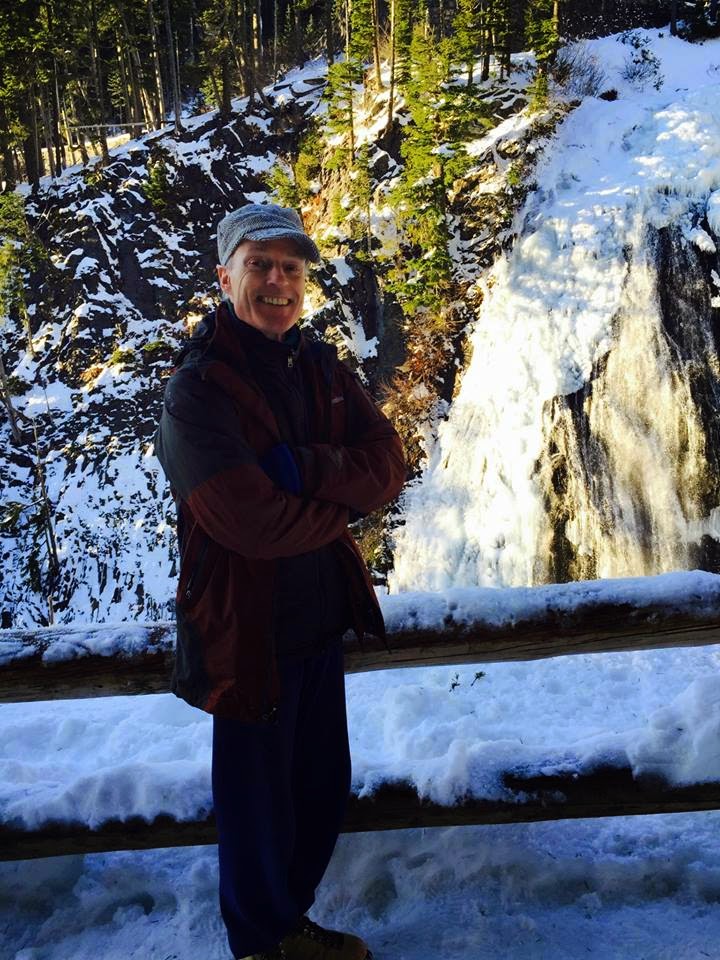 Who ever imagined being alive in 2015? Some of us remember when Orwell’s 1984 seemed far into the future, or Kubrick’s 2001. My life, as perhaps yours, has been a series of quests for whatever looked best on the horizon. Yet, each time I get there, I find myself saying, “There has to be more than this.” Given limits on time, this year I write a relatively brief update and then, to fill out the picture, refer you to other recent writings. These will be found posted for December, alongside this, at my blog. Clicking below will open a page with these four pieces together: 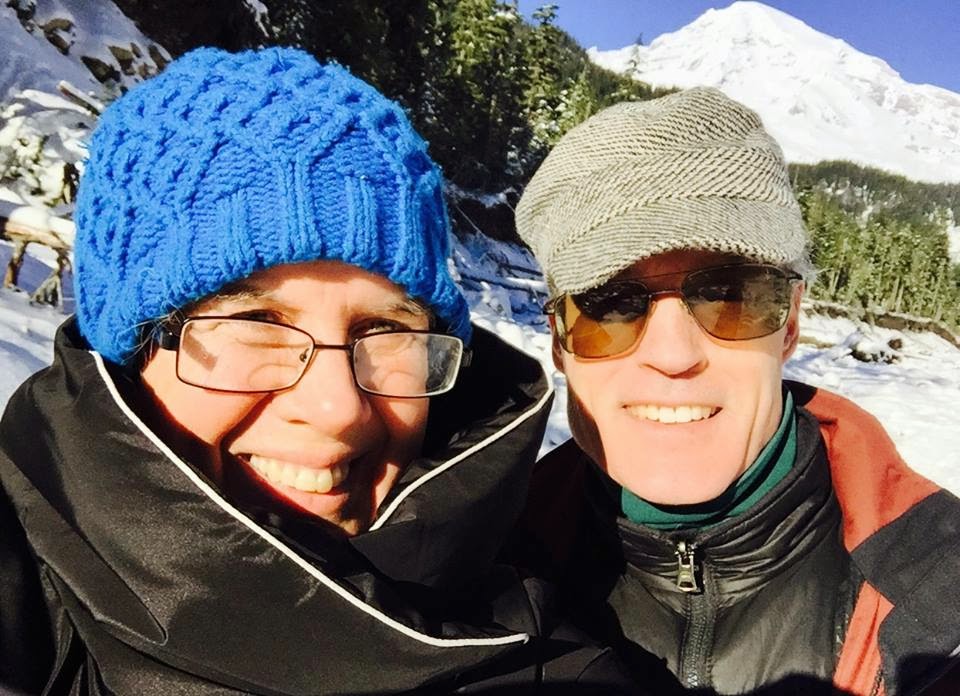 Monica and I had a sublime New Year’s day at Mt. Rainier. I, for one, was longing to be in snow. We didn’t see any on our Thanksgiving trip to MA and NY, and we may well go the Winter without any snowfall in Tacoma. But in an hour and a half, one can drive above the snow line from here. As we sold our 4-wheel-drive Subaru years back, we were required to put chains on the drive wheels, a new experience for me. It was perhaps another hour to “Paradise” at 5400’. Along the route was Narada Falls, where Monica videoed me throwing a snowball. (A higher quality version of this video at: http://youtu.be/tkIlXszRInM). From wherever you view it, the peak of Rainier always looks closer than it is. From Paradise, you feel like you could walk right up in a relatively short time when, in fact, it is still five miles north of you and nearly two miles up. Ninety men have died trying to climb the summit since 1897. The parallels are yours to draw.

Accomplishments/goals-met/confessions in 2014
Suite Serenity
Having a day job that. . .
. . . has freed me to return to composition. I'm not bent on addressing social injustice in my music because I am doing that someplace else. Additional factors are . . .
In what little time I can give it then, I have been exploring live performance possibilities of classical guitar through a laptop computer. I imagine Bach, always apprised of the latest in organ technology, would have done similarly if alive today. At first I endeavored to program digital audio workstation software (Apple Logic, in my case), but got stifled by the steps involved in controlling signal-processing plug-ins with foot-switches. Then I learned online about Apple’s MainStage, software dedicated to live performance. What you get for $30 would have blown the minds (some of my 60’s rhetoric shining through) of anyone involved in audio recording a couple of decades ago. Most of us finally own computers fast enough to not delay a processed signal (latency) noticeably. Many of these plug-ins have inspired me to write new pieces exploiting their potential. I was able to incorporate the midi controller that had been gathering dust the past six years (BCR2000), but needed more foot control than the two switches it supported. So I invested in a KMI 12-Step (a one-octave foot keyboard) and an expression pedal that plugs into it. Thus far, I’ve only written one piece where I actually play notes with my feet. It is somewhat limited what you can do with your feet while seated playing classical guitar anyway, and the 12-Step, with its small “keys,” is more awkward to play than organ-style foot pedals (costing many times more). But the keys can be programed to do a variety of tasks, including triggering chords or recorded accompaniments. The aesthetic I’m after, however, has the audience witnessing the notes played, and hearing them processed into intriguing textures. I premiered three movements last Summer at Immanuel Presbyterian (which is also one of two churches I played at on Christmas Eve). I performed, at a local cafe, a first draft of Suite Serenity in November. My plan is to create youtube videos of each movement and then shop the performance around, with an eye on Seattle’s Frye Museum concert series.


I imagine the 12-step is so named for the 12 steps of the chromatic scale. But here I am steeped in the 12-step program of Alcoholics Anonymous, which includes not only 12 Steps, but 12 Concepts, 12 Traditions, and 12 Promises. The number 12, once made sacred by the 12 disciples, is sacred in another way in the local sports scene—“the 12th man” of the Seahawks football team being the fans. Businesses feel obliged to display that particular numeral on their marquees, lest a Seahawks fan take his business elsewhere. Many festoon their motor vehicles with flags bearing either a “12” or the Seahawks logo, the latter apparently derived from a Native American fierce hawk mask. But I digress. All this is to say that the gravity of twelve has me endeavoring to link my new pieces to the 12 Promises of AA, which means I need to write two more movements to consider it complete. 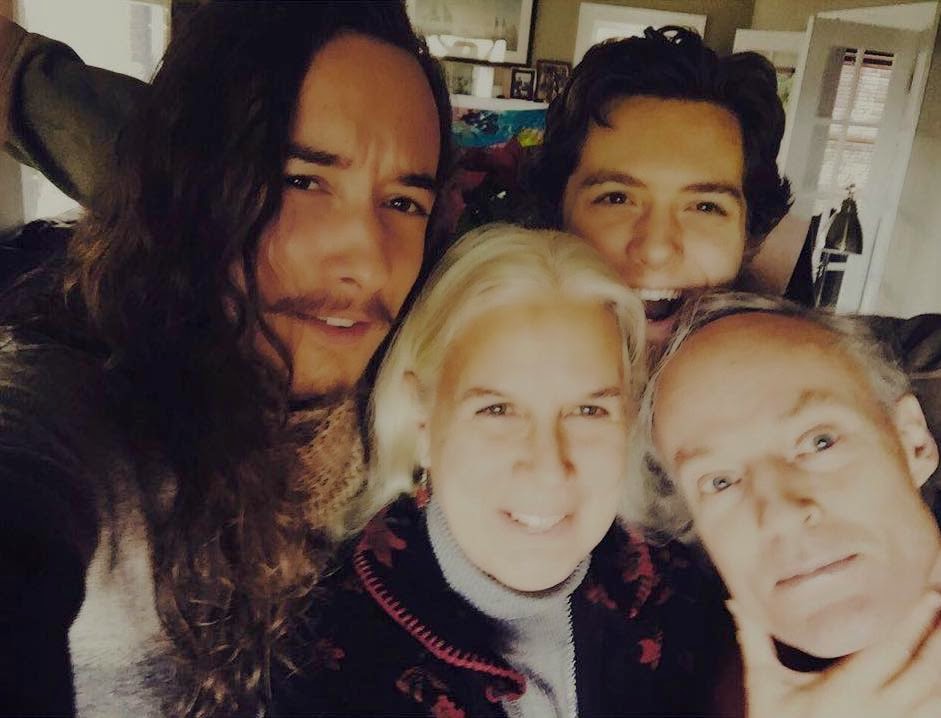 But enough about me. Noah and Nat still live with us, basically—Noah working at Metropolitan Market and Nat going to Evergreen State (Christmas selfie to left). Monica became Reverend Monica last Summer. Below are sister Nancy, mother Lee, brother Jonathan and his partner LeAnn (Thanksgiving in Brooklyn). I think I can speak for all of them in wishing you the best year ever (with a joy no congressional majority can take away)! 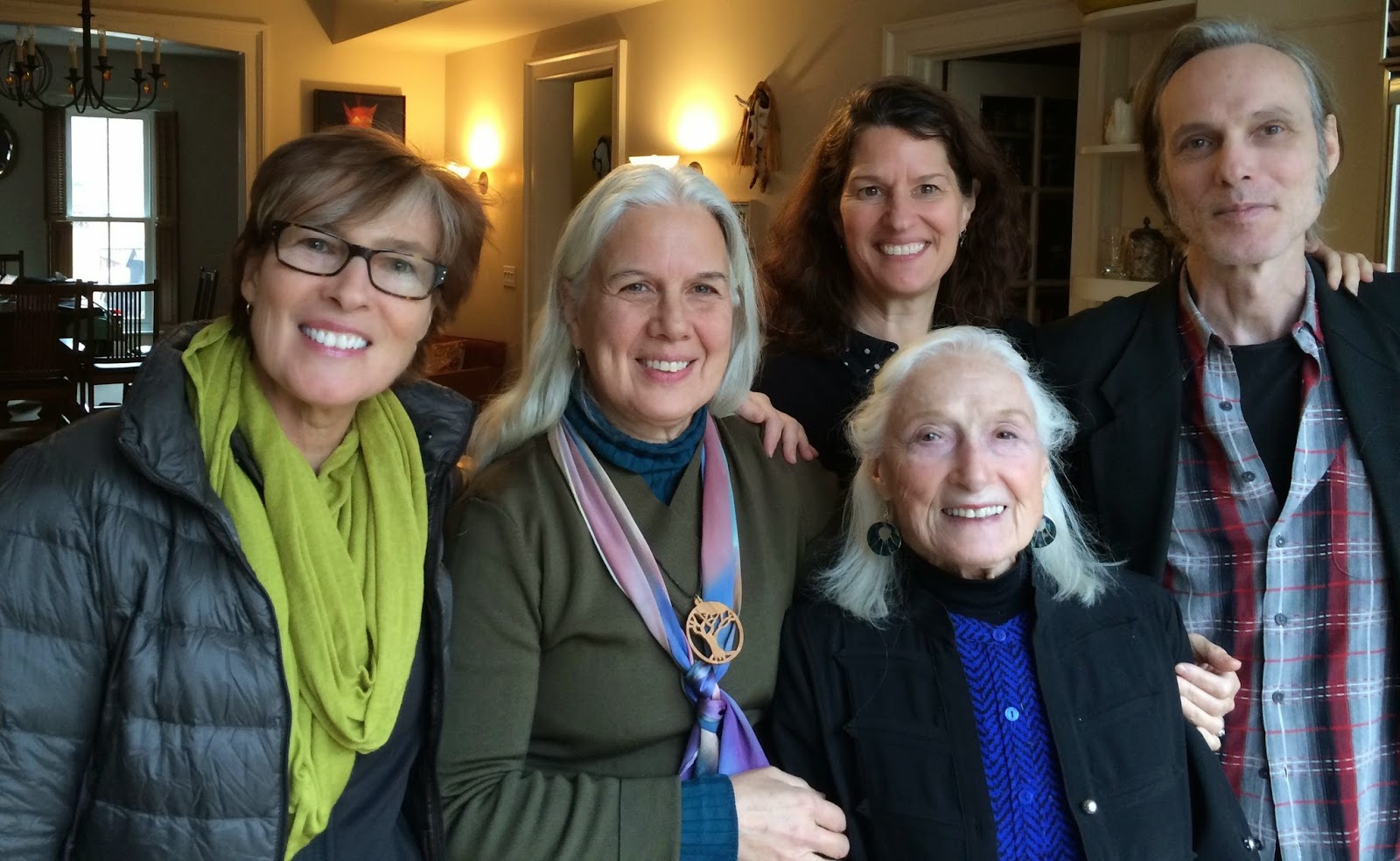