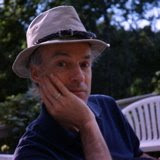 1. New Year's Eve programs
2. Stories from an urban high school
3. Are we happy yet?

1. New Year's Eve Programs
As always, I will be appearing in recital at New Year's Rockport Eve, 12/31/06, at 6 & 7 PM.
This year I am performing "Guitarra Española", a program of Spanish classical guitar music from the 16th, 19th and 20th centuries composed by Milan, Narvaez, Sor, Tarrega, Turina, de Falla and Rodrigo. First Congregational Church, School & Main Streets, Rockport. Following this, I will be singing with Coro Stella Maris in a program of Renaissance and 20th century choral music, 8 and 9 PM at the same church. Entitled "Reflections", the latter is a concert of favorites from the group's ten-year history by Palestrina and Pärt, Victoria and Tavener.
For ticket information, visit:
http://www.newyearsrockporteve.com.

2. Stories from an urban high school
I am about to complete my first semester as a high school music teacher in the challenging community of Chelsea, MA. Located in the shadow of the Tobin Bridge (which connects Boston with points North), Chelsea comprises only 1.8 square miles, but is roughly fourteen times the population density of Gloucester (where I dwell). This semester, my guitar classes have ranged between 16 and 23 (the latter also being the number of functioning guitars the school owns at the moment) students representing the countries of Puerto Rico, Honduras, Guatemala, Brazil, Vietnam, Cuba, El Salvador, Chechnya and Ethiopia, to name a few. What makes this an unusual opportunity for both the students and myself is that music classes meet every day (actually 6 out of 7 days, but one of those is a double period).

At the beginning of each semester, however, we Performing Arts teachers are faced with a whole new set of students (Band and Select Chorus being the only on-going activities where skills may be acrued from one year to the next). My wife, Monica, is now in her second year as the choral director there. We are actually sharing one full-time job, at this point, for which I also work with the boys in the Mixed Chorus (She dubs this one "Computer Chorus" due to the indiscriminate assigning -- at any point in the school year -- of whichever students have no other place to be). Students frequently turn up in these classes who speak very limited English. (While the majority of these speak Spanish, I am not permitted to offer instruction in Spanish).

In my Guitar classes, I find that I have been over-estimating the ability of many students, whether through deficits in attention or language, to comprehend, let alone retain, the content I've been explaining. While some of these attention deficits may be diagnosed neurologically, others appear to be the result of stress and/or exhaustion. One young man, who works nights in a warehouse, often sleeps with his head on a music stand until I rouse him with a specific request, to which he suavely responds, "Sure, Mister, no problem." Minutes later, he's back asleep.

A young woman frequently has circles around her eyes after having to care for her ill mother and young siblings. This kind of stress puts students on a hair-trigger; some days find them suspended for being involved in a fight. It touches my heart every time I see this student setting her struggles aside to apply herself in my class.

On the upside, the duties that many students have at home or work, along with the survival of some cultural virtues, make for more than a few considerate and sweet-tempered adolescents. Eye contact is good. And while I would expect most to have more to show for the amount of time they've spent behind a guitar in class, a few have taken off and clearly made the instrument a permanent part of their lives. I got 15 of my 60 students onstage to accompany a few songs on the first choral concert less than two months after they began.

One young (Serbian) woman refuses to let blindness hinder her progress. Though it requires me taking time out to talk her through a piece of music while she scribes into her braille recorder, I can count on her passing that instruction on to another student later on -- she being perhaps the only student who only needs to be told something once.

I began the semester with all students seated in a large semi-circle while I attempted to get them all playing the same thing. Then I would ask them to work out something on their own for five minutes, pairing them up. I found after a few weeks that pairing was taking place spontaneously and that some pairs were taking initiative to begin simple pieces or songs I had printed out for them in binders. This leads to a cacophonous plucking of strings in the room -- and while I cannot visit all pairs or individuals in the course of one class meeting -- it seems the only way to get everyone working at their own level.

I have found, however, that some can only learn that which I spend one-on-one time showing them, being simply too distractible (chatting or spacing) to focus without my undivided attention. Students such as these you may as well hand a camera to (which is how I obtained the photo above). As in many public high schools (and most urban ones), there are students who simply don't expect to amount to much. I have to be on the lookout for all possible openings into the contradiction of this internalized oppression.

I have recently had some consultations with ELL (English Language Learner) teachers about my teaching method, and they have provided valuable insights as to the need and the procedure for breaking my content down into smaller steps. It's going to be a lot of extra work to design this new sequence of illustrated lessons, but it's also kind of exciting.

Hoping to inspire them to become serious guitarists, I prepared a listening assignment for every class meeting -- 75 in all. I assigned them a form to fill out for each one, noting instrumentation, style, playing technique and so on. I plugged my laptop into the TV to display song lyrics and photos of the performers. But again, you have to believe in yourself to a certain degree to begin aspiring to play like the professionals.

Near the end of the first quarter, I had them fill out an evaluation of themselves, me, the class format and the listening assignments. Reactions to the latter were surprising: the most disliked artist was Joni Mitchell (singing "Chelsea Morning" no less!) whereas students grooved to "Girl from Ipanema" (which would have made me barf when I was their age!). Some liked being spooked out by Dylan's "Man in the Long Black Coat" even though they couldn't fully understand the text. Most preferred my live performances to the recordings and especially wanted to hear more of my electric guitar (though they seemed pretty engaged for my classical playing as well). While I learned from maintaining this routine for this first time around, in second semester I will cut down the number and scope of these listenings -- tying them more closely to what students could actually handle playing. Hopefully, next year I will have a Guitar II class to subject my more esoteric guitar recordings to.

I am finishing off the semester by having them each do a brief report on and playing a recording of a song of their choosing. Many students are more attentive to their peers than to me, perhaps out of curiosity for that which is less predictable. Most of them feel pretty deeply about the music they listen to and appreciate the opportunity this format provides to share indirectly about themselves.

I have come to see one of my primary roles is facilitation of students supporting and rooting for each other as well as in working collaboratively. One white young man arrived well into the semester not knowing anyone and clearly having learning issues (though no IEP), expressing his alienation and frustration through hostility and refusal to comply with expectations. He has some chord-playing experience and I can see the solace he gets from strumming a guitar. As much as I would like to get him reading notes, my primary focus needs to be on keeping him calm and encouraging his collaboration with other students.

The boys from the Mixed Chorus are another story. I will spare you the anecdotes and simply say that I can get them more engaged when my wife takes the girls out of the room to rehearse elsewhere; then I can create (on good days) something of a barn-raising male-bonding dynamic -- with the focus on singing on pitch and learning songs appropriate to their energy. They did well performing "Guantanamera" and now I'm teaching them "Paddy Lay Back" and "The Mary Ellen Carter." I projected pictures of fishing boats, capstans, locks (as in canals), tugboats and marine salvage to give the lyrics meaning. I had some act the songs out one day, but I need to better troubleshoot the "acting out" that invariably arises before introducing this again. My own voice lessons with Rebecca Shrimpton and singing wih Coro Stella Maris help to keep my thinking fresh in this work.

3. Are we happy yet?
I didn't intend to write so many paragraghs about Chelsea High School. (If you're like me, you can only budget so much time to reading your e-mail). You may have noticed at the masthead of this newsletter that I subtitle myself "Guitarist & Educator" rather than the usual "Guitarist & Composer" -- reflecting the reality that between teaching and parenting, playing and singing, my compositional energies have pretty much been absorbed. I did have the opportunity at the end of August to serve as Music Minister for Summer Finale Week at Camp Calumet (Lutheran), where I led a choir singing parts of my own Missa Nova. And it is true that I have been arranging (and occasionally composing) simple pieces for the choruses and guitar classes and that my creativity is frequently being summoned in unexpected ways. I recall that Purcell wrote Dido & Aeneus for his own students at a girls' school; so it may be that an urban "opera" of some kind is down the road -- after all, there is a drama/dance program to interface with here.

With updated software and hardware, I have never been better tooled for writing new music; it's just that the external demands on my life have not been requiring it of me. My old friend and composition mentor at NEC, Malcolm Peyton (who once told me, "The NEA should pay people not to write music; then we can find out who really has the need to."), always encouraged me to build upon my specific gifts and situations I found myself in rather than try to emulate others who may have greater resources in certain areas. Some of us seek out opportunities to improve the world and others of us have them thrust upon us. At least my life is still concerned with making music (and I meet people all the time who wish they could say the same) and I am happily partnered in marriage -- which I believe was, through the first half of my life, the prize most sought by my soul.